X Factor Season Premiere: Down or Up? 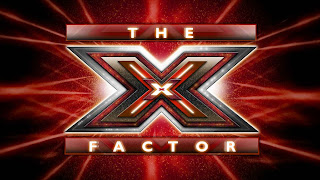 First of all, full disclosure.  I don’t watch X Factor, nor do I like the show. However, with last week’s season premiere, the show managed two feats that I found interesting. In revamping the show by bringing on Britney Spears and Demi Lovato and dumping Paula Abdul, what effect did these moves have on the show...at least the season premiere?  First, according to B&C Magazine (http://www.broadcastingcable.com/article/489371-primetime_Ratings_X_Factor_Returns_Down_23_.php), the ratings were down 23%.  Some reports had it down 25%.  But, while the ratings were down considerably, according to Mashable (http://mashable.com/2012/09/13/x-factor-premiere-breaks-social-tv-record/), the show set a record for social media for a TV show season premiere with 1.4 million comments.  So, was this a win or a defeat for X Factor?  The quick answer is a loss since advertisers look at ratings and that affects what rates can be charged. 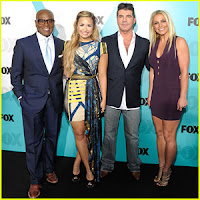 However, in the long run, this may be a pre-cursor to the power of social media.  While the viewership was significantly down, those that remained are very engaged in the show.  So how can the show take advantage of this engagement to help offset the lost viewers?  The hope would be that the word of mouth through social media may drive past viewers back or new viewers to give it a try...assuming the majority of the 1.4 million comments weren't trashing the show. 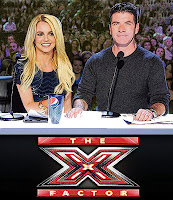 Will we get to the point where social media commentary will be able to be monetized?  So, while they may have lost overall viewership, are there future capabilities for the show (or other shows/businesses) to take advantage of such an engaged audience?  Can advertisers take advantage of the social media comments by getting involved in the conversations, be it through sponsored messages or just tapping into viewer conversations?

While this could be a magic bullet from a marketing or business standpoint, a fine line would need to be walked in order to not turn off the viewers having the conversations.  The goal would still need to be conversation and engagement without turning posts into social media commercials. 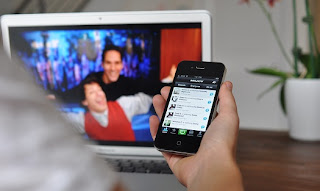 I don’t think the full answer is there yet as we’re just scratching the surface on combining mediums such as TV and social media, but it’s going to be fun to see how it plays out.  I’m curious to hear what you’re take is on this subject.  Please share your thoughts in the comments area.  I think there’s a great discussion here on where we're headed with social media advertising and how to implement to other mediums.

Thanks for reading, and please share this and/or sign up for email notifications for when I update this blog.  Thanks again!
Posted by Jeremy Bednarski at 11:17:00 PM