Rock Hall Nominations - Could They Finally Get Something Right?

Here we are again...Rock Hall Inductee nominations.  The annual snubbing season has begun so let everyone vent for their favorite acts that were ignored again (Kiss, Bon Jovi, Stevie Ray Vaughn, Iron Maiden, etc.).  I’m including myself in that venting.  So, what did the Rock Hall get right and wrong this year?  It’s a banner year as I think they’ve managed to nominate three bands that actually deserve to be inducted:  Heart, Deep Purple and Rush!  That of course means that there’s no way all three actually get voted in.  The rest...well, let’s just say it’s another head-shaking year of nominations. 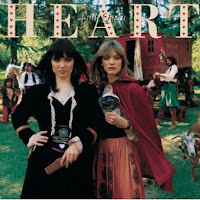 So, here’s how I break down the nominees: 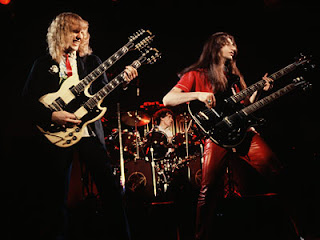 So, my categorizations notwithstanding, who do I think make it in?

Unfortunately, I don’t think Deep Purple gets inducted. I just can’t see the Rock Hall being smart enough to put the three No Brainers in and I think Deep Purple is the odd band out.  There’s been a lot of buzz about them not being inducted by recent inductees. That, and because of Jon Lord’s recent passing, I think they wanted to give them a nod, but I don’t think they’ll actually induct them...confusing and infuriating rock fans still.

So, as usual, I know you all have thoughts on the nominees and the snubs, so let me know what you think.  Agree with me? Disagree?  Who do you think gets in?  Who’s your biggest snub?

Also, stay tuned next week!  I’ve got the plan for how the inductees should be decided that no one could argue against...well, I'm sure someone will argue, but they'll be wrong.

Thanks for reading!
Posted by Jeremy Bednarski at 11:14:00 PM