As 2012 comes to a close, I had some remaining music topics that I wanted to comment on, but figured I’d do it in one blog here.  First of all, a few things regarding the Rock Hall, as they’ve made some news in the last couple of months...First up, their newly name CEO, Greg Harris. I honestly can’t tell you if this was a good selection or not.  All I know about him is that he was handpicked by Terry Stewart and he was the VP of Development and Government Affairs. Other than the fact that he founded owned the Philadelphia Record Exchange, there’s been nothing said of any real passion for rock music or what artists he actually likes. So, with that, from a business side, maybe it makes sense, but from a love of music side...I haven’t seen that yet. 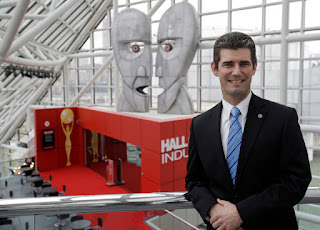 Additionally, in echoing the thoughts of Bill Applegate at WOIO 19 (http://www.19actionnews.com/story/20329866/editorial-rock-hall-vision), what is his vision for the Rock Hall and ? There’s been no mention at all of that.  The Rock Hall needs to be a much greater part of the revival of . I’ve said many times that needs to live up to being the Rock and Roll Hall of Fame capitol of the world.  Terry Stewart quietly made some improvements and put the Hall on solid ground, but now it’s well past overdue for the Rock Hall to simply be one of ’s attractions. Harris has much work to do to make that a reality...and it will take more than some random sidewalk plaques around town that somehow make up a Walk of Fame. 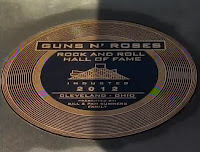 As for the 2013 inductees, most of my opinions were already mentioned (Rock Hall Nominations - Could They Finally Get Something Right?).  I was actually pretty close in my predictions, just thought The Marvelettes would have gotten in over Randy Newman.  Although, out of the two, who really cares?  Christmas came early for Rush fans as they finally make it in. Congratulations to Rush and Heart as the two that truly deserve to be in and wait much longer than they should have.  Maybe someday for Deep Purple... 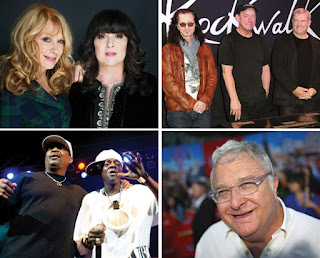 Finally, rather than putting together a top CD list for 2012, I’ll just mention a few and why they made my radar.  Overall, it was a rather weak year for rock music releases, especially compared to 2011.  The best rock CD by far was Slash’s Apocalyptic Love which I called as soon as it came out (Slash – Apocalyptic Love - Best CD of the Year – I’m Calling It Now!).  Again, this CD just flat out rocked. 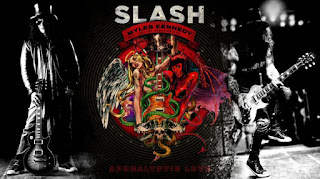 Aerosmith and Kiss offered up their same old mediocre efforts at new music. Aerosmith, with much more hype, do have 2-3 very good songs with a few more so-so choices, but really did nothing to live up to the excitement of the anticipation of the new CD (New Aerosmith CD: Same Old Song and Dance?)
. 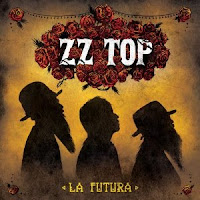 The two biggest surprises for me were ZZ Top and Richie Sambora. ZZ Top’s La Futura was a successful return to their early sound (unlike Aerosmith) and offers some good vintage fuzz.  I’m not a huge ZZ Top fan, especially of their last couple of decades, but this has some great songs on it. For Sambora’s Aftermath of the Lowdown, I truly didn’t even expect to check out this CD until I heard one of the songs on the radio. If you’re not a Bon Jovi fan, you probably won’t like it, but it’s honest without the clichéd anthems. His guitar playing on this CD is better than I’ve heard in a while...maybe just because of the fact that it’s more present than recent Bon Jovi CD’s. And you have to love when he can say, “Do yourself a favor and don’t give a shit about me!” 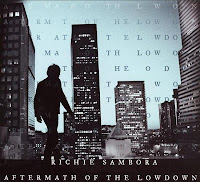