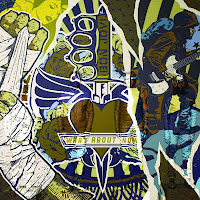 With today’s announcement about Bon Jovi kicking off the Browns season, it seemed like a good opportunity to give my review of their newest CD – What About Now. First of all, I think it’s great that the Cleveland Browns and the city of were able to get Bon Jovi to do this concert! We’re a hard working rock and roll city and, in my opinion, this is exciting and fitting for . With that said, I just have one huge request: MAKE SURE RICHIE SAMBORA IS BACK ON THE TOUR IN TIME FOR THIS SHOW! 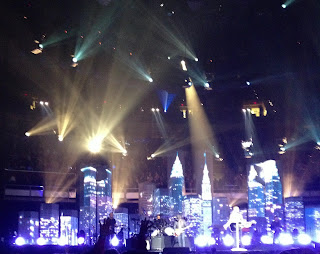 Now, on to the review. So, I listened to this CD a long time before writing this review. I tried really hard to pull some good things for this CD, but simply put, there just aren’t many.  I pretty much judge CD’s by two things: 1.) which songs will I still be listening to in six months, 2.) which songs make me want to play them on my guitar (yes, I play). This is the first CD in a long time (of bands I like) and by far the first by Bon Jovi that the answer to both questions is none. 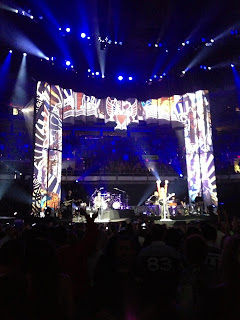 Jon Bon Jovi has made a career out of coming out with optimistic anthems, but there are none here. While he’s always been on the cusp of cheesy clichés, his songs here (particularly Because We Can) sound more like preachy public service announcements than motivating sing-alongs. Maybe he’s gone to the same well one too many times here, but it’s just not working here.  On top of that, the music and overall sound on this CD just doesn’t sound like Bon Jovi. It sounds overproduced and way too poppy...even for them. To be fair, Richie Sambora tries to infuse some rock with his solos where he can, but it’s few and far between. 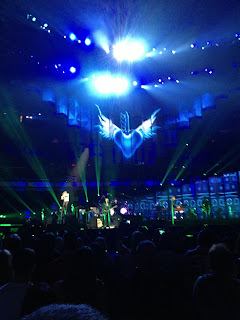 This CD doesn’t have an identity. Many songs sound like Bon Jovi trying to copy other artists. The Fighter (sounds like it would be a harder rocker, doesn’t it? Nope.) is their poor attempt to recreate Simon and Garfunkel’s The Boxer. The lame Pictures of You sounds like Neil Diamond. Amen is Jon’s attempt to come up with his own Hallelujah (Leonard Cohen). That’s What the Water Made Me is their attempt to be Southside Johnny...granted, that’s not too far of a stretch and it’s one of the better songs on the CD. 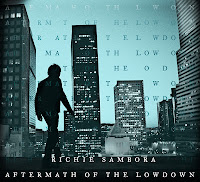 Overall, I’ve got to say to skip this CD. If you want some new Bon Jovi music, or what it could be, pick up the latest Richie Sambora CD, Aftermath of the Lowdown, instead. It’s got heart, good songs and even some rock that What About Now is sorely lacking. I’m hoping that part of the reason Sambora isn’t with Bon Jovi right now is because he couldn’t stand this new CD.

As always, tell me what you think about What About Now. Do you agree or am I missing something?  Thanks for reading. If you like my writing, please sign up for the email notifications and share it with your friends!
Posted by Jeremy Bednarski at 11:18:00 PM