As 2013 comes to a close, I thought I’d take a minute to give you my top CD’s. It’s incredibly biased to my personal taste (as you’ll see), and if you’ve read my past blog entries, you probably won’t be very surprised by these picks.

2013 was not the strongest year for new rock music releases. Looking back there were more releases that I originally thought, but not many with much of an impact. We saw the comeback of Black Sabbath (truth be told, I’m not the biggest Black Sabbath fan and haven’t listened to the CD yet beyond the first single that I didn’t really like), a Bon Jovi CD that may be their most disappointing to date...and I’m convinced a big reason that Richie is on an extended “vacation” due to “personal reasons” (read my review: http://www.jeremybednarski.com/2013/05/cd-review-bon-jovi-what-about-now.html), and two Queensryche releases from two different bands.  But having said all that, on to the good stuff!

This list is meant for fun though, and hopefully to spur discussion as you tell me where I’m completely missing out on something great (hint: tell me in the comments below!). So here we go. Enjoy! 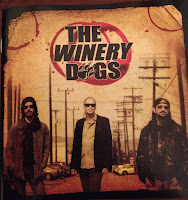 #1 – The Winery Dogs (For a full review, check out my full review: http://www.jeremybednarski.com/2013/07/cd-review-winery-dogs.html)
This is by far the best album of the year. It’s not even close. Richie Kotzen, Billy Sheehan and Mike Portnoy shine on this debut CD that melds their talents seamlessly. The musicianship between these three is outstanding. They all are highlighted while showing enough restraint to make the songs the stars. 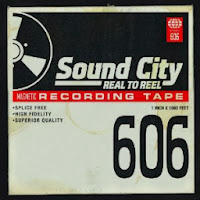 What happens when Dave Grohl buys the recording console from Sound City Studios and gives a variety of rockers 24 hours to collaborate on a song to record on the legendary console? Magic. This is the soundtrack, actually the companion, to the documentary that Grohl created. I recommend watching the movie first so you can get a taste of how the songs were conceived and created. Artists like Paul McCartney, Cheap Trick’s Rick Neilsen, Trent Reznor, Joshua Homme, Corey Taylor and more deliver great performances. Do yourself a favor and check this out. 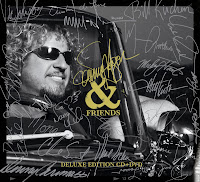 #3 – Sammy Hagar and Friends
Ok, this is clearly a personal bias for me. If you’re a huge Sammy fan like I am, then you’ll like this CD. It’s not his best, but there are some really good songs and it’s just a fun CD. From blues, rock and even country, he hits the gamut of his musical tastes. A couple of clunker covers (Personal Jesus and Margaritaville) didn’t make it past the first listen, but the rest holds up well. Grab some Cabo Wabo or his new Sammy’s Beach Bar Rum and enjoy! 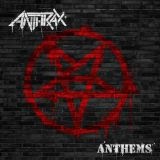 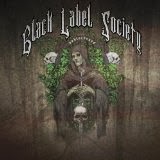 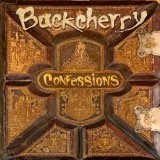 Black Label Society - Unblackened: This mostly acoustic live CD is a great collection from Zakk Wylde's solo work and work with Black Label Society and Pride and Glory. Highly recommended...the only reason it didn't make the top 3 is because it's a live album and the others are original studio albums...but it's a must have for Zakk Wylde fans.

Buckcherry – Confessions: Not their best CD, but still pretty good. It’s a concept album, that has some hits and misses, but is all Buckcherry.

Anthrax – Anthems: A fun variety of covers ranging from Rush to Journey to ACDC. It’s good for a few listens, but they stayed a little too close to the originals that you can lose track that you’re listening to Anthrax.

So there you are...I know there were other good CD’s out there like releases from Megadeth and Rob Zombie, but I just have gotten a chance to listen to them yet. But tell me what you liked this year and what you think I should check out!

Thanks for reading and sign up to receive my blog by email. If you like it, share it with your friends!  Have a happy, successful and safe 2014!
Posted by Jeremy Bednarski at 11:36:00 PM