Why My Marketing Mind Says The Cleveland Browns Got It Right 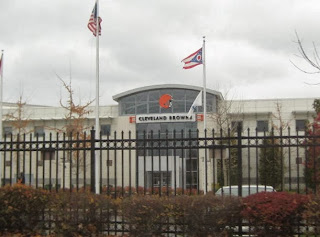 Let me start by saying this is by no means an endorsement for the Cleveland Browns Three Stooges. Since Haslam bought the team, everything they have promised has turned to crap. Now, having said that, I actually think, from a marketing perspective, that Haslam and Banner (and Lombardi?) made the right decision in firing Chudzinski.

I know...everyone hates the idea of the team starting over again with yet another new coach. The team has to learn another new system. Who knows who we’ll get for a coach this time, and who would even want to come here to work for these Stooges...

But, from a marketing perspective, here’s why it makes sense. One thing that has been preached for the last couple of years (and longer) is to take risks. And, when you take a risk, if it’s not going to work out, then fail fast. Once Chip Kelly turned down the Browns, they simply didn’t know where to go next. I believe Chudzinski was hired primarily as a PR move and was a huge. Chud, with his past with the Browns and growing up a huge fan, fit right into the culture and history Haslam was trying to re-instill with fans. Getting Norv Turner and Ray Horton as coordinators made the story that much better and would help to make up for Chud’s inexperience...so they hoped. It was going to be a great storyline of the hometown kid realizing his dream with the team he loves or a complete disaster.

Well, as we saw, it turned out to be a disaster. The players stopped responding and all but quit on him (I have a hard time saying that they actually did quit, but if that’s your view, I’m ok with it). Hoyer and Gordon were bright spots, but that was it on offense. The defense started out hot and then quickly faded as they let 4th quarter lead and lead slip through their hands. 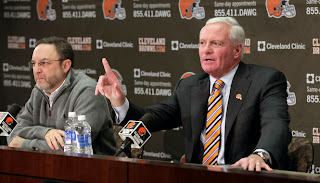 Haslam and Banner quickly turned this season into building for next year (seems like a yearly theme...). With that, they took the opportunity to dump Chud. With their goal to draft a franchise quarterback, giving another bad year to Chud would be a wasted year for this quarterback. Rather than have to start over for his second year with a new coach, they made the move now.

They knew their risk wasn’t working out and decided to fail fast (insert every Browns failing joke you can think of here). It was the right move. Unfortunately, it’s clear they don’t have a plan for who they want as the next coach, and I doubt they’d get their first (or second or third) choice anyway. Candidates are contacting Chud to see what really went down. Yet, somehow, I’ll keep rooting for them because they’re the Browns, but it sure would be nice to get someone in here that could figure this team out. 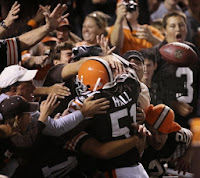 I know most people really hated the move, so I’d like to hear from you. What are your thoughts? What do you want to see with the next coach? Do you think it even matters? What about the staff as a whole? Should Horton and Turner stay?  Thanks for reading and please share this with your friends!
Posted by Jeremy Bednarski at 11:54:00 PM