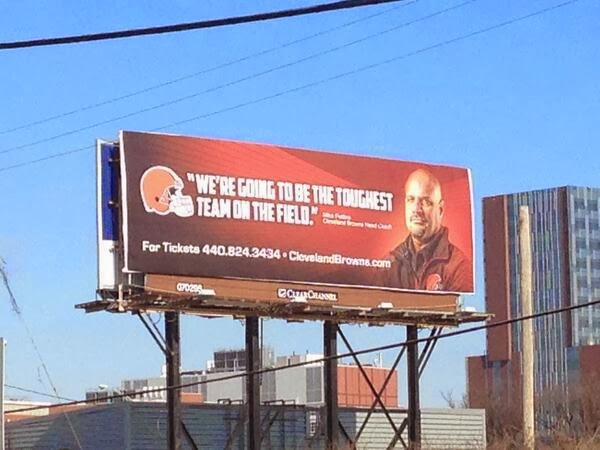 Have you seen the billboard above yet? It’s on 480 East, one in ...and probably a few other spots. My first thought was, “Wow! That’s fast to start plastering Pettine all over the place.” Not only was it promoting Pettine, it was promoting ticket sales for next year. It’s uses his quote from the press conference, “We’re going to be the toughest team on the field.” While I understand they want to start quickly to promote the new coach and ticket sales, this just seems like the wrong campaign at the wrong time.

Since Jimmy Haslam has bought the team, we’ve heard promise after promise that they haven’t been able to keep. So, it seems odd to me that they would promote this latest promise after a year in which we gave up multiple 4th quarter leads and were outplayed in every aspect of the game. The last thing that’s going to motivate fans to buy tickets is yet another promise that we have no idea if they can keep. Couple that with the fact that Pettine wasn’t our first choice of coaches (to put it kindly). It feels like they’re already setting us up for disappointment and Pettine for failure. 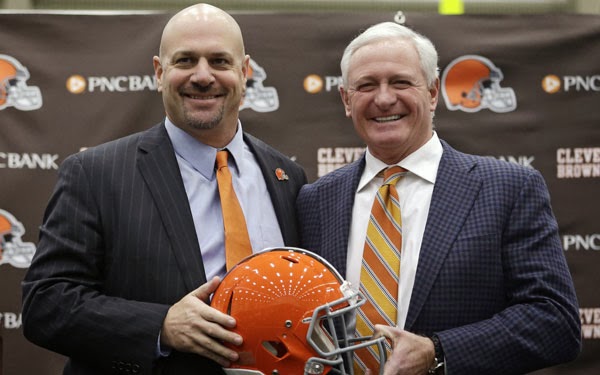 So, what would I do? First, I wouldn’t use Pettine as the face of the team. He’s an unproven coach and we really don’t know what we have with him yet. Obviously, Haslam and Banner are too divisive. Lombardi? Has anyone seen him lately? So, you have to go with players. What are our choices:
So who? I would use Joe Thomas and, assuming he re-signs, Alex Mack. They are our most consistent players and have gone to multiple Pro Bowls. They’re not flashy. They’re just solid, hard working, respected players. That’s who we can identify with because we’re a hard working town. 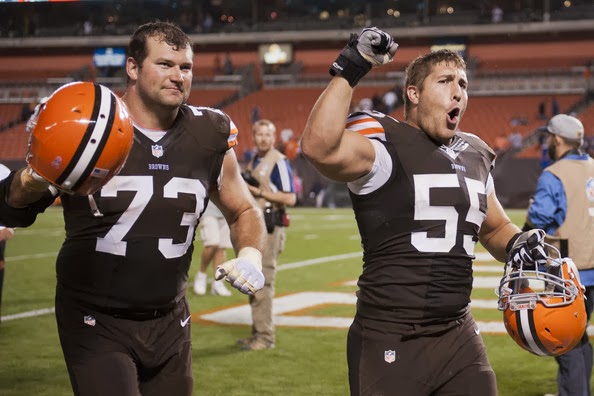 Second, the message. Instead of a ridiculous claim of being the toughest team on the field, the fans need to know why they should believe in this team. Let the players tell us that they’ve bought into the new coaching staff and system. Especially if Mack signs quickly, who better to tell us that he believes than someone that decides to come back when he likely will have plenty of opportunities to leave.

I’d save the Pettine campaign until next year, as long as he has some measure of success. I’d rather hear about how tough the team was his first year rather than speculations on how tough he thinks they’ll be. I understand you want us to buy in to him as the coach, but we need to see results on the field. 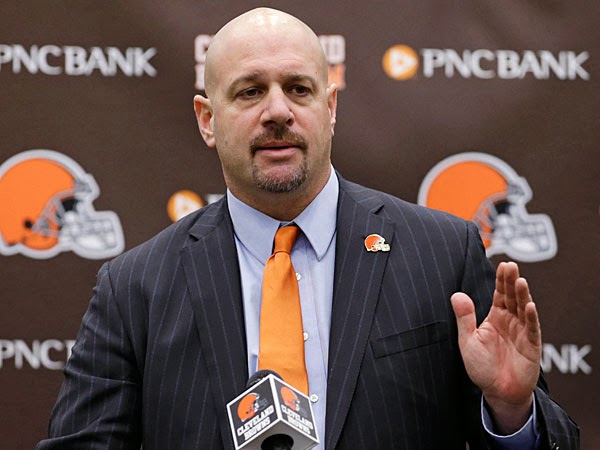 Do you like my approach? Browns, if so, feel free to hire me! Give me a call at 440-669-4325. How about the rest of you reading this? What would you do? Do you think they’re going in the right direction to promote ticket sales? Do you like my idea? What would you do?  Tell me in the comments below. Thanks for reading and please share this post with your friends! And, sign up to receive my updates in your email!
Posted by Jeremy Bednarski at 12:00:00 AM