Cable in took a step backward last week as Cox Communications announced it is closing its call center...what remained of it. A company that once prided itself for its customer service and the fact that it was local continues to move itself to a strictly bottom line philosophy.

Overall, the company is closing 12 call centers around the country to go from 19 to 7 (more details at http://www.cedmagazine.com/news/2014/02/cox-culls-some-call-centers). The remaining 7 are being called “centers of excellence”...sorry, but that’s a joke. They say this is a move to “best meet customers' needs in an increasingly competitive marketplace.” You can read that as they need to cut costs wherever they can, even at the expense of local service, and they’ll do the best they can with what they have. 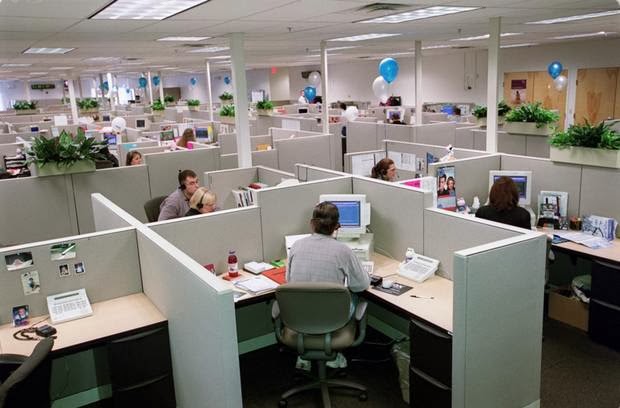 Now, understand that I’m biased when it comes to Cox making cuts. They’ve been making cuts, merging, “centralizing” and laying off employees for years....pretty much since Pat Esser took over as president. I saw many friends laid off before the system was merged with the system. That’s when over a quarter of our positions, including mine, were eliminated. Since then, they’ve continued to merge systems across the country and eliminate jobs up until this latest announcement.

Unfortunately, this is the trend for the whole industry. The Comcast/Time Warner deal makes sure that will continue...and get worse. Unfortunately, is affected greatly by both situations. I’ll continue to bring you information as it happens.

Thanks for reading as always and please share with your friends.
Posted by Jeremy Bednarski at 12:24:00 AM