Marketing Fails: What Were They Thinking?

In the last two days, I saw two brands with two different marketing fails. First is Barbasol Shaving Cream. They launched their largest ad push in their history. It’s based around “Shave Like a Man”. Their goal is to reach a younger audience without alienating their existing customers. The campaign, as explained in this article by Columbus Business First (http://www.bizjournals.com/columbus/print-edition/2013/02/01/barbasol-launches-biggest-ad.html) uses humor to chastise today’s youth and to get them to do manly things. The commercial below shows a World War II soldier talking to his great grandson. He criticizes his use of Twitter and hashtags and tells him to at least “Shave Like a Man”.


I do find the ad funny and it’s memorable. I give them credit for that. However, criticizing your target audience probably isn't the most effective way to promote your product...especially when it’s for social media, which their target has now grown up with and is ingrained in their daily lives. It makes Barbasol sound more like grumpy old men screaming for the kids to get off of their lawn. There’s a strong risk they could turn off the younger target who don’t like being told what to do. I’m a long way from that age, but I remember being a little rebellious to authority figures (who me?)

The second issue is that they completely miss out on an opportunity to build on the campaign by using social media. Even though the commercial makes fun of using Twitter and hashtags, “Shave Like a Man” sounds like a perfect hashtag to me. They could have spun the spot to say something like, “If you’re going to use a hashtag, at least use #Shavelikeaman”. If you’re going to put together your biggest campaign in your history, wouldn’t you want to get the most out of it? Maybe it’s just me... 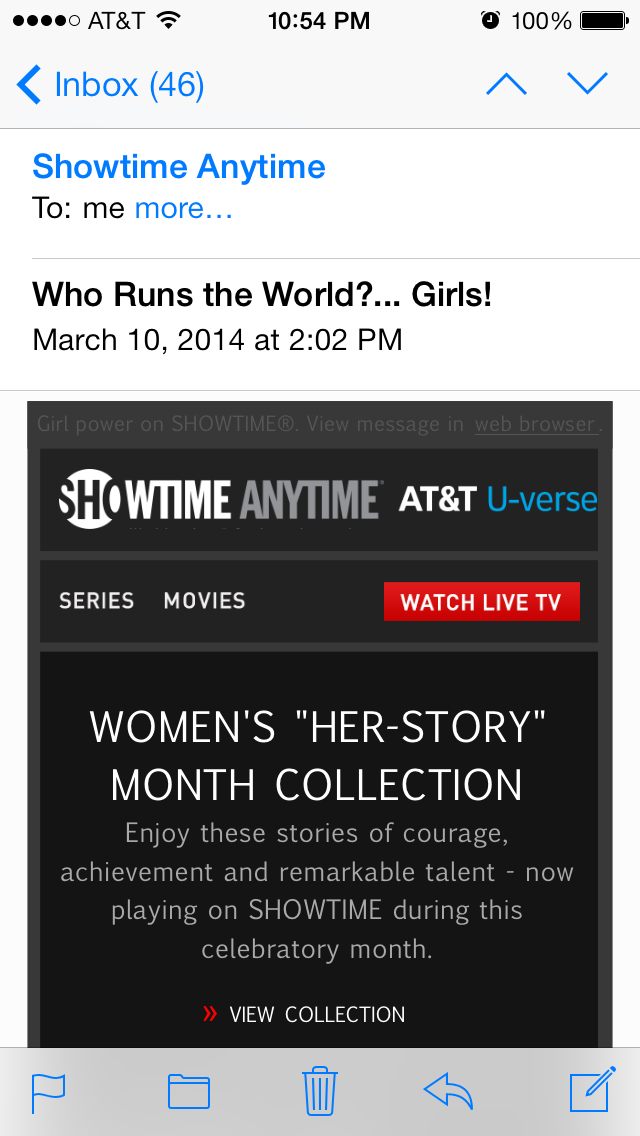 The other fail was an email I received from Showtime. They used a subject line that indirectly promotes one of the more talked about cable shows. That makes sense, right? Well, it would be except that the show is from their biggest competitor. The subject line is "Who Runs the World?...Girls!" The email itself is promoting their Women’s “Her-Story” Month Collection. So, the subject fits...except that “Girls” is a hit show for HBO. I just don’t know what they were thinking and how no one caught that. As an aside, I found out through a friend that the subject line is actually from a Beyonce song. However, Beyonce isn’t referenced at all in the email, so they missed out on that tie-in (although that might just be missed by me...lol).

What do you think? Am I being too critical with these or do you agree they’re misses for these brands? What other brands have you seen lately that have missed the mark? Thanks for reading, as always! If you like my blog, please share it with a friend.
Posted by Jeremy Bednarski at 1:31:00 PM