Two Things Bon Jovi Can Teach You About Marketing 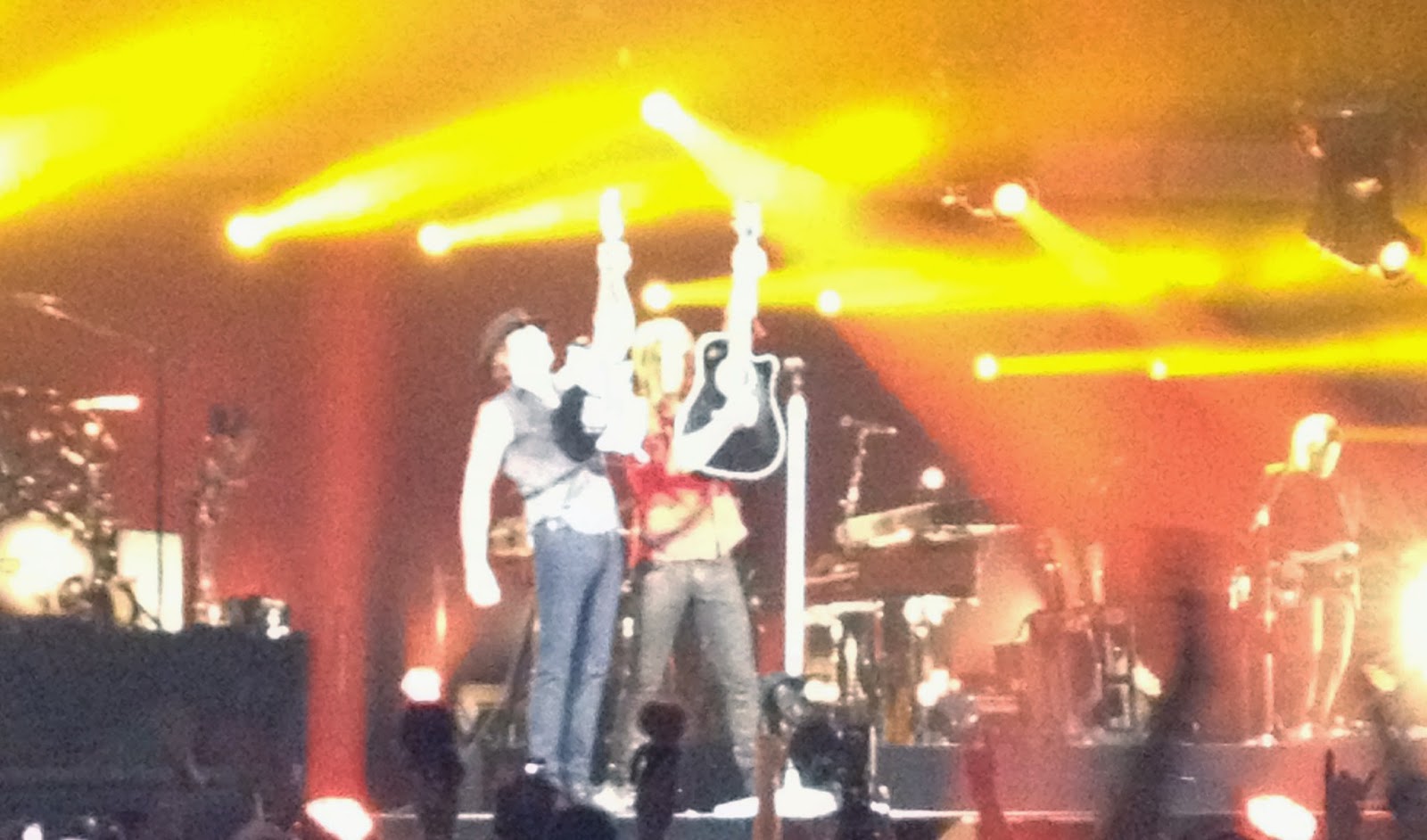 As I posted a couple of weeks ago, rock artists can teach us a lot about marketing (read it here). Celebrating their 30th anniversary this year, Bon Jovi has grown from the darlings of MTV to a global band that have enjoyed even larger success in the 2000's than in their 80's "heyday". From a marketing standpoint, there are two things that Bon Jovi does better than any band has, other than the Beatles. First, they managed to transform their brand image while also staying true to who they are. Second, they've embraced digital marketing and the opportunities it has created for them. Many brands can learn from them.

When you think of Bon Jovi these days, a far different image comes to mind than in the '80's. They've done more than just grow up from the hair band days. They've completely lost their association with that era. Not the songs mind you, "Livin' on a Prayer" and "Wanted Dead or Alive" still hold up easily all these years later. But the image and connotations of the hair band scene have been replaced with a multitude of new anthems, philanthropy and their never-give-up messaging (yes, cliched, but they've worked).
Their transformation started with their "Keep the Faith" CD in 1992. After a band break (and some making up in the band), they announced their return as "chapter 2" with a more socially conscious approach to lyrics. The CD sold well, despite a changing music scene. Fast forward to 2000 with their next "come back". After another hiatus that saw Jon Bon Jovi explore acting and appearing in a number of movies, they roared back on the scene with "It's My Life" from their "Crush" CD. This amidst another shift in the music scene...this time mostly known for boy bands and Brittany Spears. The CD was huge. People were starting to notice their longevity and ability to flourish by staying true to who they were and continuing their optimistic lyrics.

Tragedy struck in the form of 9/11 shortly after. Bon Jovi was front and center offering support and doing what they could to help those suffering. They weren't the only ones, but they may have been the most visible. At the concert for , they played an incredible set, and when everyone came out to sing with Paul McCartney at the end of the show, Jon Bon Jovi was planted squarely behind him. I guarantee that was no accident. They were sharing the stage with the biggest names in rock royalty and standing proud. 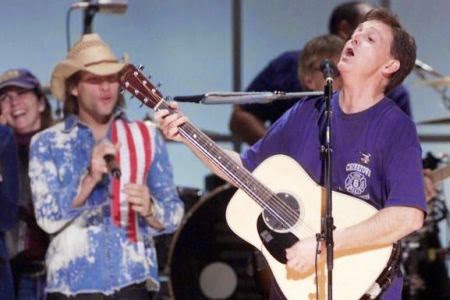 Jon Bon Jovi began appearing all over the place with big names in politics, business and general celebrity. They began multiple philanthropic efforts to help those effected by 9/11 and homelessness. Jon bought the Philadelphia Soul of the Arena Football League and used them to further enhance his charitable missions. The band even donated $1 million to Oprah Winfrey on her show.

During this time, they continued to release new CD's and sell out arenas around the world. They even crossed over into the country music world...and did it well (I say begrudgingly). I wasn't a huge fan of it at the time as I'm not a country music fan at all. But, the CD is actually one of their better CD's...again, I say begrudgingly. A move like that has killed many bands, but Bon Jovi had an authenticity to the music. They described it as Bon Jovi music with a flavor. It didn't feel or sound like a stunt or quick money grab. 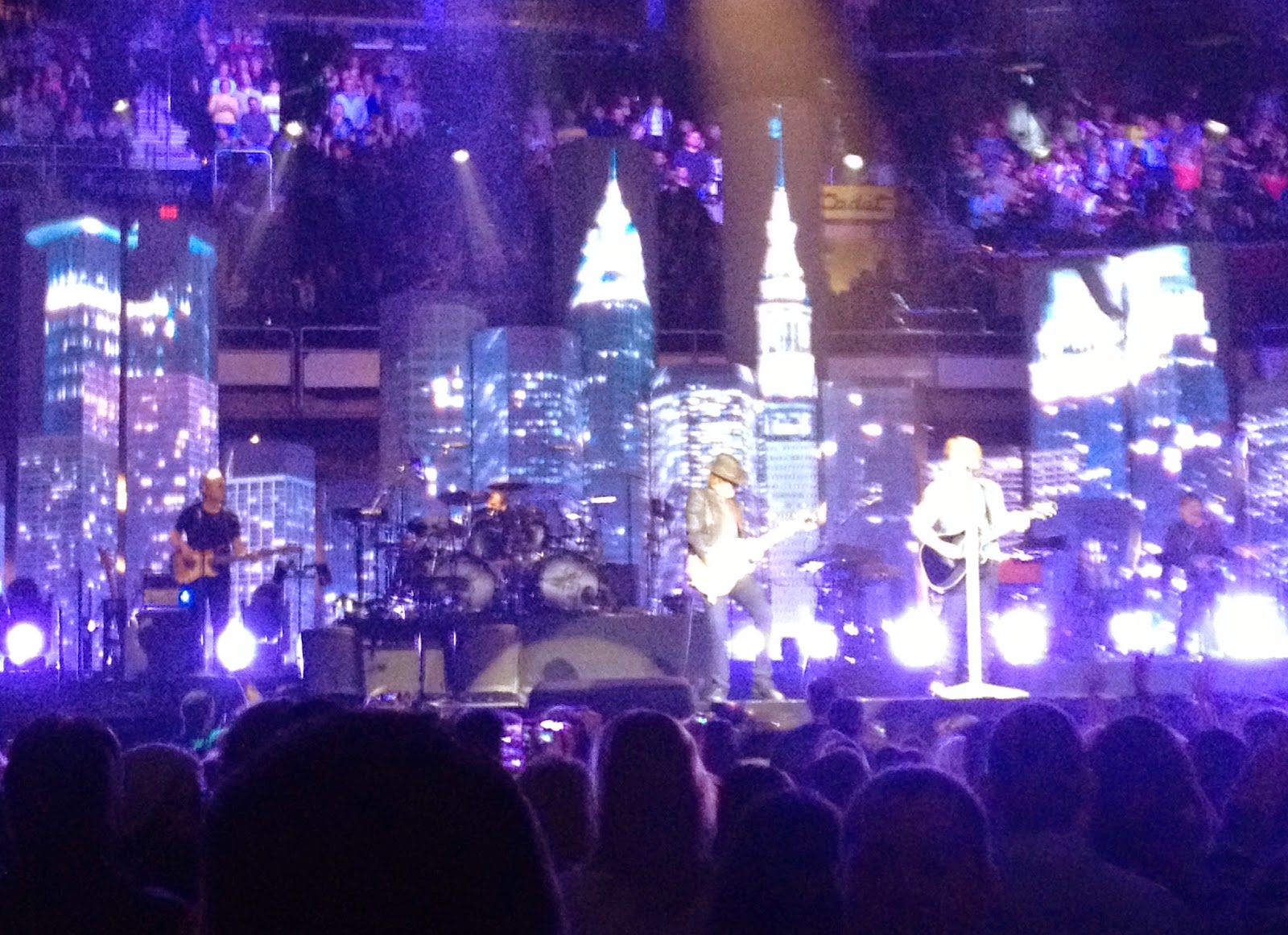 They've embraced digital marketing and social media wholeheartedly. They've launched  many iterations of their website (www.bonjovi.com) with each new CD. They extensively build their email list to send newsletters and announcements. With "Crush", they did something not many bands were doing yet at that time. They streamed live footage of their recording of the CD online. I remember logging in and saw them recording backing vocals and drums...not the fun stuff like lead vocals and guitar. This was early on with the technology and it wasn't necessarily pretty, but they gave us a view we hadn't seen before and it built excitement for the new CD.

They were among the first to stream portions of concerts online. Their past tour had them streaming quite a few shows in their entirety, including their last show in in 2013 (one of the last shows with Richie Sambora). Last month, Jon Bon Jovi sold "tickets" to stream a live solo concert with the proceeds going to the .

They even put together an online promotion in which fans could submit videos of themselves performing "Livin' On a Prayer" and the band used them in a collage on their giant screens in concert when they played the song.  With their last CD "What About Now", they experimented with augmented reality. With their Bon Jovi App, there was a feature that interacted with the CD cover that brought it to life with animation. The band members themselves were even fully painted to blend into the cover. 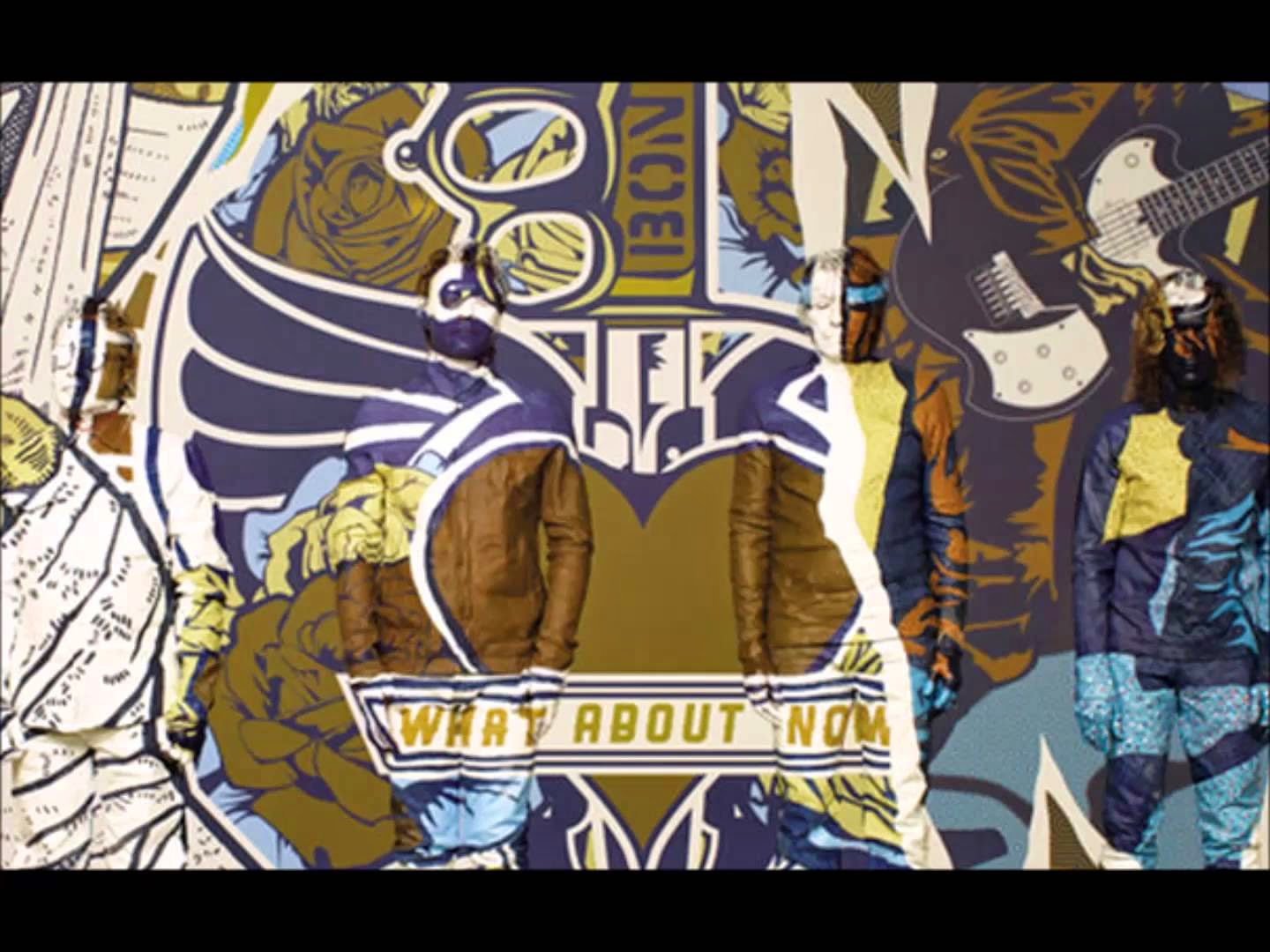 So what has all of this gotten them? Besides a ton of content that they can repurpose over and over, they've grown their fan base so that they're now one of the biggest bands in the world. They consistently have the top grossing tours. They're the only band that had insane success in the '80's as a hair band and are even bigger now. It's basically been the vision of Jon Bon Jovi.

What other marketing lessons can we learn from Bon Jovi? There's more, but this is just what stands out the most to me. I didn't even spend much time on the amount of content they have, his storytelling or the hundreds of TV appearances that led to much of their success. Thanks for reading and if you like this post, please share it with your friends. 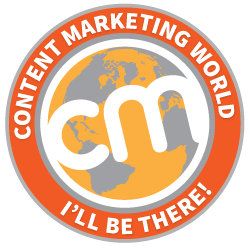 Let me know if you'll be at Content Marketing World next month in . I'd love to spend a few minutes talking about marketing!
Posted by Jeremy Bednarski at 12:23:00 AM