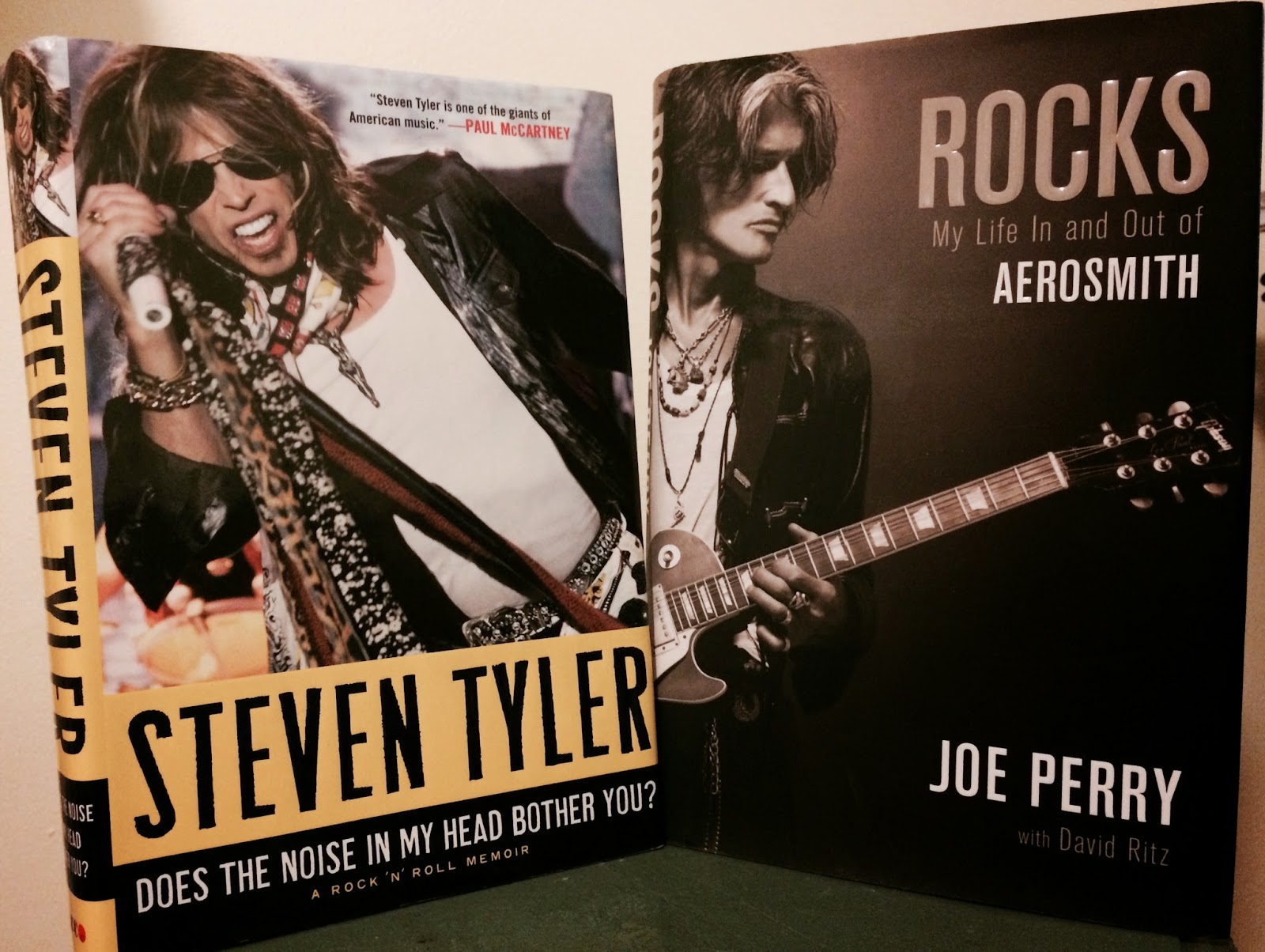 Steven Tyler and Joe Perry, also known as the Toxic Twins, have survived the rise and fall and rise again of Aerosmith. They're one of the few bands that can boast they've been around 40+ years and still have all their original members and still play incredibly well. During those years, there's been countless stories and rumors surrounding the band. Now we're starting to get some insight of what really happened.

In 2011, Steven Tyler released his autobiography, Does the Noise in my Head Bother You? A Rock 'n' Roll Memoir. Late last year, Joe Perry released his own, Rocks: My Life In and Out of Aerosmith. Each gives his take of their history and infamous stories. 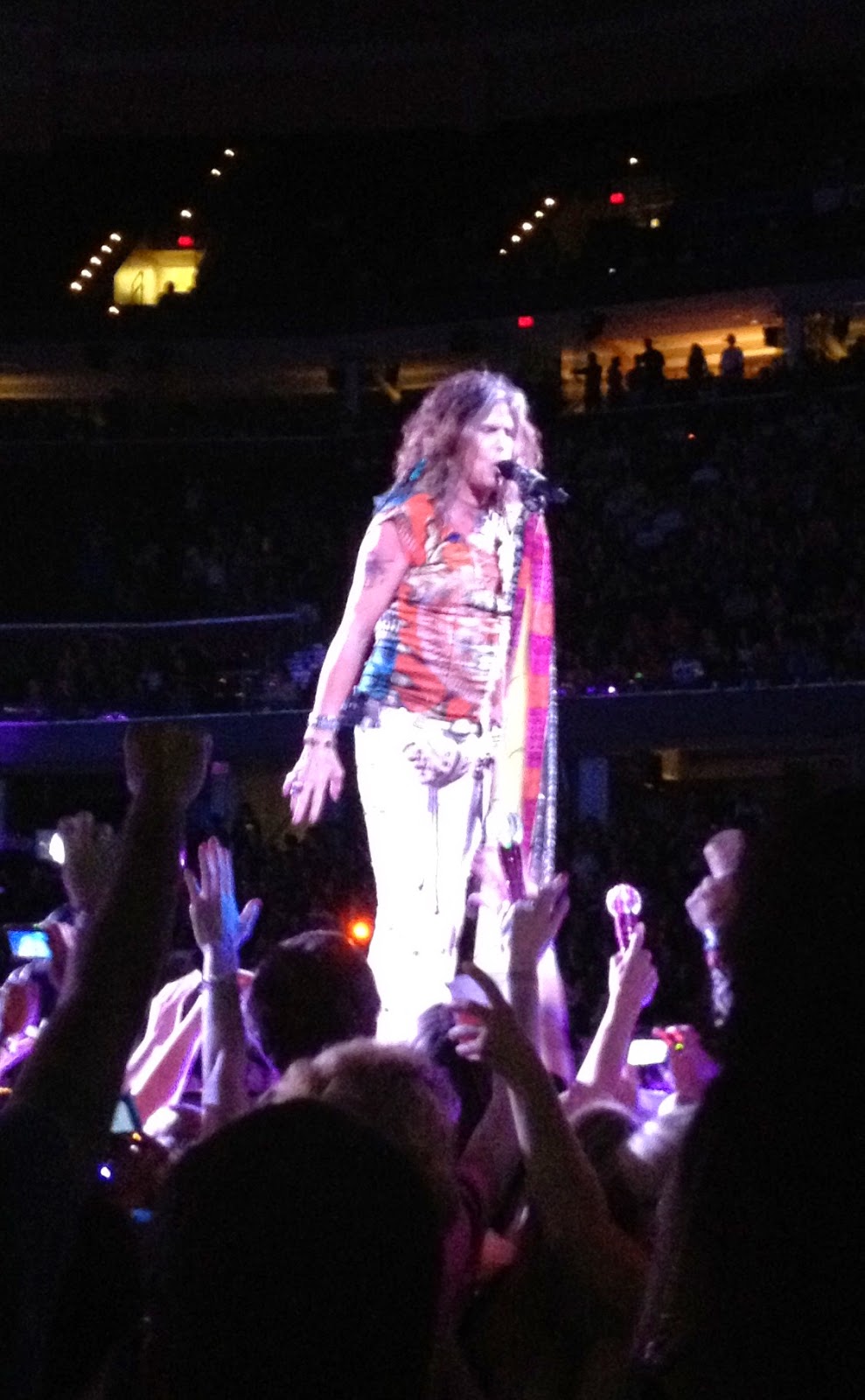 Both talk about the drugs, the sex, the fights, the success and everything in between. With Steven Tyler, you can hear his excitement, enthusiasm, frustration and every emotion he felt through his stories. Joe Perry, on the other hand, really lets us in to what was going through his mind. He also gives a great look at why he left Aerosmith in early 80's and how he kept the Joe Perry Project going until his eventual return to the band.

The biggest critique I've got about both books is that the music is glossed over. Both talk about their early influences and what led to forming Aerosmith. But then, they just touch on the recording of the records. They seem to be included more as a timeframe reference or a lead-in to another conflict. I get that there's a lot to get to (60+ years in about 400 pages), but unfortunately, some of it falls a little flat due to the lack of depth in this area.

In reading both points of view, here are the couple of conclusions that I'm left with. First and foremost, if it wasn't clear before, it definitely is now. Joe Perry is the "rock" in Aerosmith. Steven Tyler is pushing for the pop hits. Perry said a couple of times (paraphrasing) that when you try to write hits, the heart and soul get lost. He wants to write the music he knows and loves (blues and rock) and the hits will come because the songs are authentic. 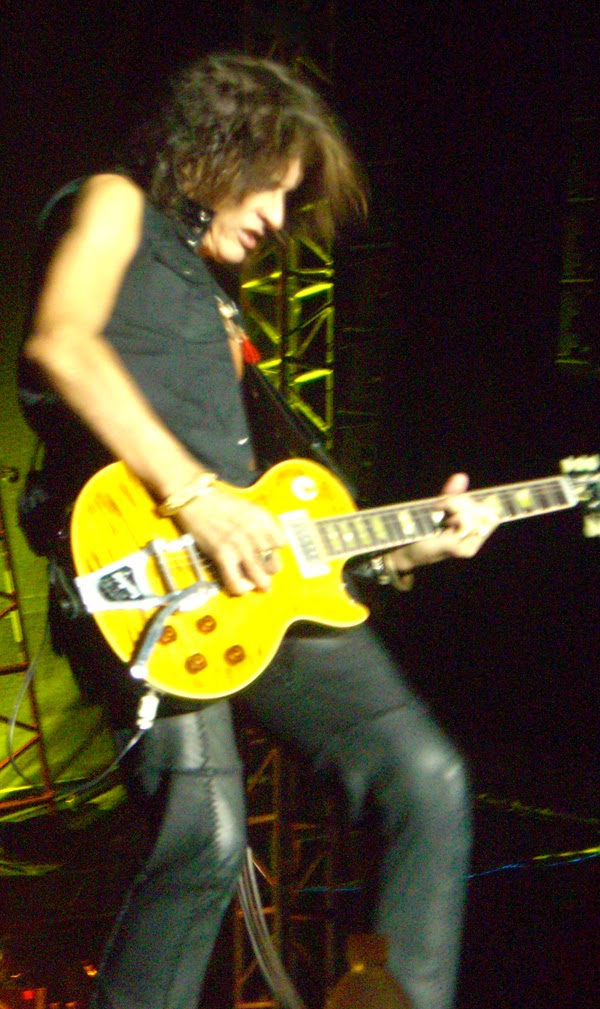 Second, when it comes to the band members' relationships with each other, and especially with Steven Tyler, there's a lot of damage. The sad part is that the majority of it was likely caused by management and their representation. There was a lot of "Steven said this..." and "Joe said that..." coming from their managers and most of it was done to manipulate the other members. When Steven was in the hospital after falling off the stage in 2009, he was mad because none of the band member contacted him. Meanwhile, Perry and the rest of the band were told by 's management that he didn't want to hear or see them. Who's right? They probably both are and neither know what was really said and to whom.

That's not to say any of them are completely innocent. Perry all out says he no longer trusts (and told him as much). There were a lot of reasons that led to that, but the biggest reasons were auditioning for Led Zeppelin and then accepting the American Idol gig without telling the band about either. 's book ends as he's accepting the American Idol job. Perry's book goes a bit beyond and includes his reaction to hearing the announcement through a press release.


Overall, who rocked their book better? It really is interesting to read both and get their viewpoints...especially when they differ. If you were to just read one though, I'd go with Joe Perry.  The biggest reason is that after reading Rocks, I was rooting for Perry to take control of Aerosmith and get them to make at least one more CD that truly rocks. Meanwhile, after reading 's book,  I really came away liking him a bit less...and I've always been one of his biggest fans.

If you're a huge Aerosmith fan like me, a couple of other books worth checking out are Walk This Way by Stephen Davis and Aerosmith and Hit Hard: A Story of Hitting Rock bottom at the Top by Joey Kramer. 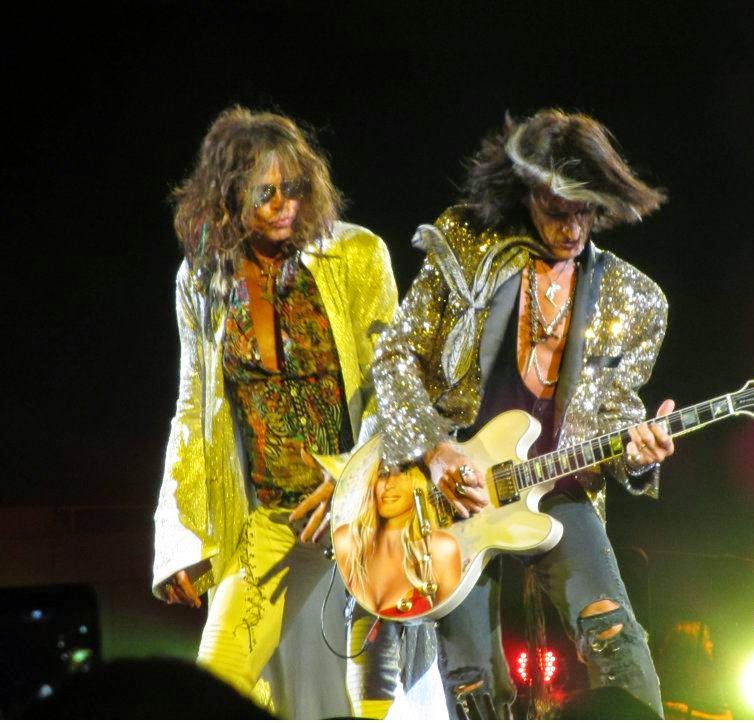