Will Netflix Make Cable Go the Way of the Music Industry?

We’ve seen this before. People not only telling an industry how they wanted to consume their product, but also showing them with their actions. That was the music industry with file sharing, MP3’s and Napster. The music industry radically changed and still hasn’t recovered.

It’s happening again. This time it’s the cable industry and playing the part of Napster is Netflix. We’ve all seen the huge growth of Napster, but a new study shows that Netflix accounts for 37% of Internet bandwidth during prime time hours. Oh, and that doesn’t even include viewing on mobile devices.

In the first quarter of 2015, Netflix added 4.9 million subs (62.3 million total subscribers). It attributes the growth to continually improving content. It added new shows (Marvel’s Daredevil, Bloodline and Unbreakable Kathy Schmidt) to join its breakout hits, House of Cards and Orange is the New Black, both coming back for fourth seasons.

Perhaps most impressive is that subscribers watch an average of 2 hours of Netflix programming per day. If it were a broadcast network, it would be at least the fourth biggest, and possibly up to the second biggest.

However, there are some caveats to that two-hour average: 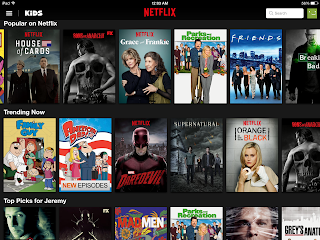 Anyway you look at it, this is a clear indication of a shift in how audiences prefer to watch their favorite shows. They want it on demand and on multiple screens (TV, smartphone, tablet, etc.).  The price of Netflix is attractive at $8.99, even as a complement to cable packages.

Cable Response to Netflix (and Other OTT Providers)

What’s the cable industry’s response been so far? As usual, it takes a combative approach instead of exploring how they could come up with a similar approach and offer a similar service.

Rather than leveraging Netflix as a way to make their Internet service more valuable to customers , they tried to limit the bandwidth pipeline that carries Netflix through their Internet service. Either Netflix can pay for the faster streams to our computers or they get put into the slow lane.

I get that 37% of bandwidth usage is huge, but slowing down the signal hurts the end user (us) the most. We end up with poor Netflix service or end up paying more as Netflix potentially passes the extra costs on to subscribers. The FCC’s proposed rules on net neutrality will hopefully make this practice go away, but, of course, the cable companies (and AT&T and Verizon) are fighting it.

TV Everywhere is cable’s answer to online streaming programming. Watch programming on demand on your TV, computer or mobile devices. While it’s been effective and has increased the channels and shows available, it’s only available to those already paying for a cable subscription. It’s not available as a stand-alone service (with the exception of Dish Network’s Sling TV). It doesn’t address what cord cutters and cord-never-haves are looking for.

Cable companies and most channel providers continue to fight a la carte programming. While cable companies continue to be strongly against breaking up their channel bundles, some of the channels have softened their stance. CBS and HBO both offer online only subscription services with rumors of more to come.

Cable’s biggest focus continues to be on consolidation. Even with Comcast failing to acquire Time Warner Cable, Charter Communications quickly stepped in to make the purchase (including the already planned purchase of Bright House Networks). There’s still no guarantee that the Department of Justice will approve this deal, but many of the red flags of the Comcast deal don’t exist here.

The goal in the consolidation is to build up bargaining power to keep programming costs down. While that sounds good for them, it will have little to no impact on customer pricing and no mention of changing the expensive channel packages. 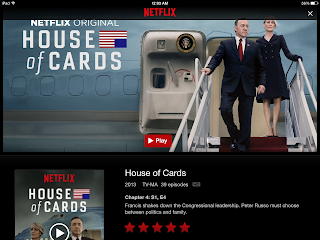 Is There Any Hope for Cable?

Back to the original question that is the title of this post, will Netflix kill cable? In the short term, no. But, customers have more options than ever before. The cable industry business model is outdated and didn’t foresee competitors like Netflix or other streaming services. If they don’t change the model soon, cable will end up like the music industry.

The cable companies and channel companies need to work together so that they can offer:

Finally, the companies could even figure out a way to work with Netflix and offer it as a complementary option (not complimentary). Suddenlink has a deal with Netflix, so they are open to partnering. There are benefits to Netflix being available easily on TV screens.

What do you think the best solution would be for cable? Or, do you think they’re already done in by Netflix and other streaming services? Tell us in the comments below. Thanks for reading and please share this post.