7 Marketing Experiences That Defined My 2015 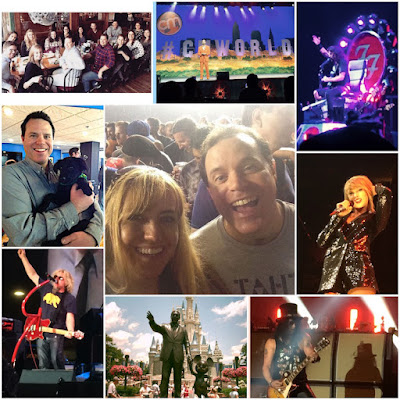 2015 is quickly coming to a close. In thinking about what kind of recap or countdown to examine for the year, I decided to take a cue from one of my favorite books of the year, Experiences: The 7th Era of Marketing by Robert Rose (@Robert_Rose) and Carla Johnson (@CarlaJohnson). I wrote a review for the book (that you can read here), but the main idea is that marketing is moving to an era that will driven by experiences we have with brands.

I’ve had an incredible year of experiences. They range from concerts, vacations, conferences, work and more. However, they all tie back to marketing, even if loosely. What follows are my seven biggest marketing experiences that defined my 2015. 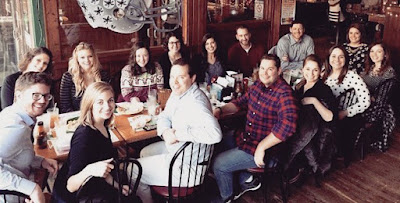 In December 2014, I started my job with PR 20/20. This experience expands the entire year. It’s been a year of learning the ways of a marketing agency and how I can blend it with my past experience. Being able to learn from Paul Roetzer (@paulroetzer) on a regular basis, along with all of my colleagues, has made for a smooth transition.

One big highlight was celebrating our 10th anniversary in November. I’m happy to be able to be a small part of their first ten years of success, and excited to be a bigger part of the next ten years! 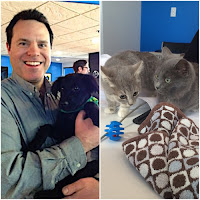 Besides being a more convenient option than taxis, Uber occasionally partners with organizations to offer fun experiences. The two we participated in can be summed up with two words: puppies, kittens. In January, Uber partnered with the Cleveland Animal Protective League (APL) and Animal Planet for a Puppy Bowl promotion (read my full recap here). For a $30 donation, offices could have a 15-minute visit with two puppies. Uber drove the puppies to our office. In October, they again partnered with the Cleveland APL. This time it was kittens that were brought to our office.

These promotions are promoted through email and the Uber app. Businesses also post photos of excited employees with the puppies and kittens to greatly extend their reach.


There may be no better businessman that also happens to be a rock legend than Sammy Hagar. From hugely successful spirits (Sammy’s Beach Bar Rum and formerly Cabo Wabo Tequila) to restaurants to best selling books to a radio show to a brand new TV show to premiere in 2016, Sammy is everywhere. I’ve written about his ability to market and brand himself. 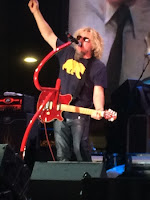 Well, no trip to Las Vegas is ever complete without stopping by the Cabo Wabo Cantina (multiple times). This year’s trip had a couple of extra bonuses. First was seeing Sammy Hagar’s current band, The Circle, live in concert. What a show it was mixing in solo Sammy hits, Van Halen, Montrose and Led Zeppelin!

The second bonus was meeting Sammy’s son, Aaron at the Cabo Wabo Cantina. He designed a Sammy Hagar bobblehead and was signing them. He is an incredibly nice guy and spent some time talking to my wife and I and took a couple photos. When I asked if his dad would be making an appearance, he showed me the message on his cell phone that said the band was already in the air to their next show. Overall, still an experience I won’t soon forget. 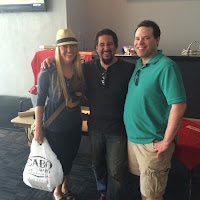 4. Taylor Swift Live at the Q 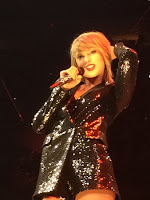 Ok, Ok, I know…you’re thinking Taylor Swift? My wife, Kristen, goes to a few of my rock shows (and doesn’t get mad at the other shows I go to), so this is the one I take her to when she comes around. I enjoy seeing Kristen having fun. But the reason I include this here is the impressive marketing Swift employed for her last CD (including an innovative Instagram promotion) and the experiences she offered on her tour. She brought out multiple guest stars throughout the tour, including the likes of Steven Tyler and Mick Jagger (although none in Cleveland).

Quick funny side story from the concert: We had general admission tickets in the pit at end of the stage runway. Midway through the first song, I was pulled out of the pit by security and pulled into a hallway. They asked for my ID and then said I was good to go back into the show. I can only guess that I resembled someone they were looking for…either that or a 40-year-old guy in Taylor Swift pit without a kid triggers a suspicious reaction. It was one of the weirdest experiences at a concert, although it made me laugh. 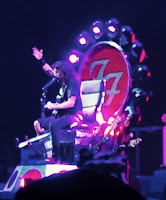 There is no band that had a bigger 2015 than Foo Fighters. They, and specifically Dave Grohl, were everywhere…even with a broken leg. This article recaps their year. Included in the year was a surprise show at a record store in Warren, Ohio (where Grohl was born). This was a tiny store and very few tickets were available, so I didn’t get to go. That was their only Ohio show on this tour.

Because they didn’t have a Cleveland date, when we decided to take a trip to Chicago, we planned it for the weekend they were playing Wrigley Field. We weren’t able to get tickets beforehand, so this was our first experience with trying to buy from scalpers. Most were shady…to say the least. However, after a long day of asking and waiting, were finally able to find someone with the tickets we wanted for the price we were willing to pay. It was an incredible show. The band was on fire and we were able to get in a good spot on the general admission field. 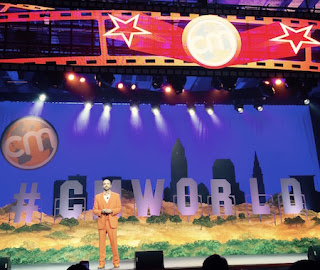 Content Marketing World…I could write a whole blog post just on this. Oh wait…I did (read it here). If you follow my blog or any of my social media accounts, you know how much of a fan I am for Content Marketing World. It’s the ultimate marketing experience. You can read the recap for my full experience, but two big highlights were attending the premiere of The Story of Content: Rise of the New Marketing, Content Marketing Institute’s documentary on the history of content marketing and the launch party for Joe Pulizzi’s latest book, Content Inc.

The best part of the conference (besides the learning) is being able to catch up with so many marketing friends from around the country and world...and even those that live in Cleveland that I don’t get a chance to see often enough.

Slash made his way back to Cleveland for the second year in a row. It’s always great to see Slash live, but the real reason I’m including this is because it ties into the just officially announced reuniting of Guns ‘n’ Roses.

With the inevitable rumors swirling since Slash announced he had spoken to Axl Rose, the band’s website recently placed their original logo on the home page. They followed that up with teaser trailers in theaters for the new Star Wars movie. Welcome to the Jungle played over crowd footage. They had to know this would be the hardest secret to keep, so the teasers helped to keep them top of mind until today’s announcement. 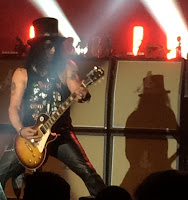 Few details have been released, and I have a feeling their marketing team will string us along a bit so our excitement level reaches a fever pitch by the time it comes to buy tickets for Coachella and whatever other shows they’re planning. Needless to say, we’ll all be on the edge of our seats each time another tidbit of info (rumor or fact) comes out.

I know…it’s taking me forever to see this movie. I’m seeing it Saturday though (Jan. 2). So far I’ve been able to avoid any spoilers (knock on wood…). More than a little excited to finally see it, I’ve been impressed with the marketing of the movie. It may not seem like it, but Disney actually spent less on than most movies on TV ads.

What they’ve done a ton of is brand partnerships. From car ads to breakfast cereals to make up to shoes, Star Wars characters are showing up everywhere. But instead of a sense of over-hyping or selling out, fans get more and more excited. Disney has been able to keep its Star Wars brand ambassadors on the edge of anticipation. 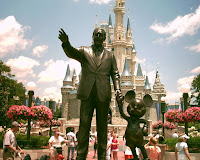 I’m going to Disney World! No, I’m not a Super Bowl MVP, but I’m just as excited to go. For my money, there are no better marketers out there than Disney, especially for what they do inside their parks. So, while I’m excited for the parks themselves, I’m also intrigued by their marketing.

I’m sure I’ll write a blog post or two after the trip to discuss what they do well (hopefully not what they don’t do well). I’m already experiencing a good portion of it as we’re planning the trip.

Well, that’s a quick look back at my 2015 from a marketing experience perspective. I’d love to hear about your experiences as well. Tell us your favorites from the past year in the comments below. As always, thanks for reading and have a happy, healthy 2016! If you like my posts, sign up to get them by email.
Posted by Jeremy Bednarski at 12:39:00 AM