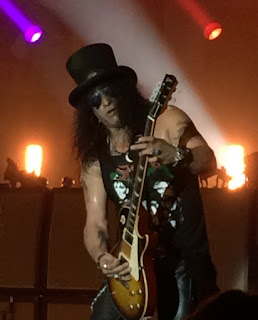 If you’re a rock fan like me, then you know that this weekend was pretty epic for rock music. I’m speaking, of course, about the return of Guns N’ Roses and the Rock and Roll Hall of Fame Induction Ceremony. Granted, I didn’t attend any of these shows, so my views are from an outside perspective. That said, if you were there, please give us your perspectives in the comments below.

Rock music has needed a shot in the arm for quite some time. The Guns N’ Roses concerts have catapulted rock music into the limelight in a way we haven’t seen in some time.

There have been other reunions that had the potential to be as big as this but fell short. Led Zeppelin made huge news when they got together for one show (with Jason Bonham filling his dad’s shoes). But, they didn’t go any farther than the one show.

Van Halen made big news with their reunion with David Lee Roth. Their reunion has lasted longer, but Roth’s performance has been a far cry from his original heyday.

Even without all the original members, this reunion already seems bigger. That may be due in part to the aura of danger that always surrounds this band. Everyone is expecting the tour to implode at any time. Their volatility has always fueled Guns N’ Roses and kept everyone’s attention.

The surprise show at the Troubador last week didn’t dampen the excitement for the two shows in Las Vegas. We finally know who’s in the band, but how would it all come together? Well, here’s what we know so far that will fuel much of the success of their summer tour:


It’s been fun to watch the excitement so far. While I wish it was all five original members, I’m still glad to see the big three. We’ll see how long it lasts. 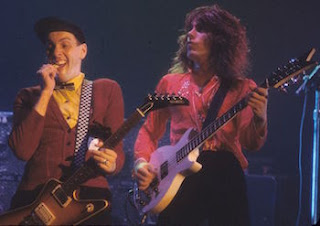 In a year that offers one of the best “rock” classes that we’ve had in a while, the induction ceremony seemed to come and go with barely a blip on the radar. For some reason, it was on a Friday this year. There was a little controversy…if you can call it that.

NWA called out Gene Simmons for saying he can’t wait for hip hop to go away (Simmons answered back here). They included the obligatory disclaimer that they are rock and roll (please, just stop already…). It seems there are more and more inductees that have to justify their inclusion.

Controversy came from new inductee Steve Miller. He criticized the Rock Hall for his treatment. He would like to see the whole process changed including “who you can invite, what you can do, how long you can play, what you can say…”.

Luckily, the biggest news of the Rock Hall inductions was good news for Cleveland. Cleveland will now host the induction ceremony every other year. Cleveland.com’s Chuck Yarborough explains why that’s important for Cleveland in this article. He also gives a great explanation of the two Rock Hall boards and the differences of each. It puts a lot of the activities as they relate to Cleveland in perspective.

Getting the ceremony every other year is a huge win for Cleveland. It will hopefully help to rebuild Cleveland’s reputation and credibility for supporting rock music. Too many rock bands skip Cleveland. I’ve always felt that the Rock Hall should help to make it easy and attractive for bands to come to Cleveland.

As I said above, if you were at one of the Guns N’ Roses shows or the inductions, tell us what you thought. Even if you didn’t go, I’d love to hear your thoughts. Thanks for reading. If you like this post, sign up to receive my updates by email. You can also follow me on Facebook, Twitter or LinkedIn.