How Disney and Pepsi Are Taking Emojis to the Next Level 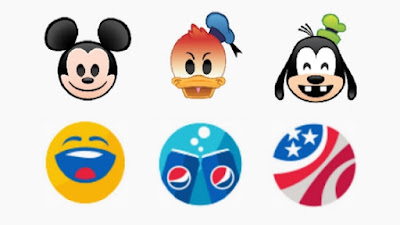 Emojis are taking over. They come in many forms. It might be a simple smiley face, a piece of pizza or everybody's favorite bacon!. They're used in texts, peppered into social media posts and catch your eye in email subject lines. That's just the tip of the iceberg.

According to Wired Magazine, emoji usage has grown to the following levels:
Emojis are their own language and are replacing acronyms like LOL and OMG. Kids especially have used emojis as a form of communication. (Parents, check out this article for some secret emoji phrases your kids are using.)

Emojis have grown so popular that many celebrities have gotten into the emoji business. You can download emoji likenesses of Justin Bieber, Kim Kardashian, Zakk Wylde (my personal favorite!) and many others. In 2014, Seinfeld released an emoji app with characters and iconic symbols from the show. The Puffy Shirt, Tweety Pez Dispenser and Marble Rye are available for texting fun!

Brands are also diving into the emoji arena. GE, Comedy Central and Ikea have created their own emojis. But, Disney and Pepsi have taken their own emojis a step further. They are revolutionizing the way their fans are engaging with them.


What better emojis can you imagine than your favorite Disney characters? How would you like to send a smiling Mickey Mouse, an irate Donald Duck, a lovestruck Ariel or a laughing Fozzy Bear? Now you have access to all of them, but it's not as simple as downloading them. 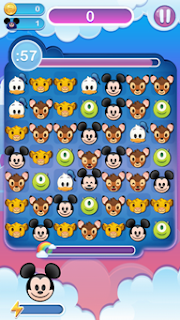 You have to earn the Disney emojis through their new Disney Emoji Blitz app. Through all the Pokemon Go Mania, you may have missed this addicting new game. It's a match 3 game and you earn coins while playing that you use to "buy" the emoji. There are silver and gold categories, but you don't get to choose the specific character you get. It's done randomly. I'm sure that's done specifically to keep you playing the game.

You also earn gems to "buy" more coins or for other game advantages. Not earning gems fast enough? You can buy gems (with real money). It's a faster way to get enough coins to get more emoji characters.

I'm a Disney fan and I like this app a lot. Luckily, you only have five lives at a time (you can use gems to get more). That keeps it from being a much bigger time suck than it is.  They offer daily challenges and a leaderboard to keep your competitive juices flowing. Fun for kids of all ages.

Two years ago, Coca-Cola offered personalized bottles and experienced a lift in sales. This summer, Pepsi came up with a campaign featuring emojis on their cans and bottles.

Pepsi created the emojis as well as a downloadable PepsiMoji Keyboard for your smartphone. The app allows you to send PepsiMojis like any other emojis. They may not be as personal as your name, but they're more fun.

Pepsi is supporting the campaign through five-second and 30-second TV and online ads. The ads feature the emoji Pepsi bottles in different summer activity scenarios. The ads are clever and fun. I actually looked for more ads to watch (and I don't generally watch ads).

We'll have to wait to see if that translates to higher sales for Pepsi. Either way, the campaign is creative, well-developed and offers a new way to monetize emojis. 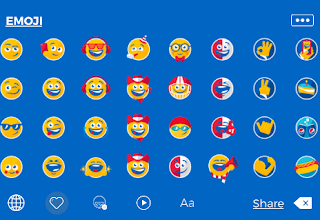 What other creative ways have you seen emojis used? What are your favorites (can be celebrity, brand or anything else)? Is your business doing anything interesting with emojis?