NBA Marketing Has a Huge Problem 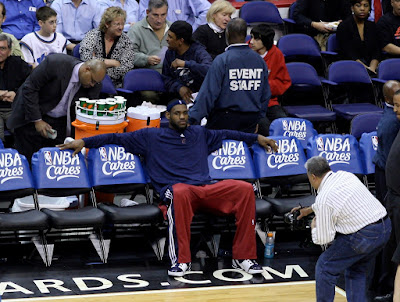 As a kid, I was a huge Lakers fan. My favorite player was Magic Johnson. Growing up in Cleveland, they played here once a year. I was lucky enough to go once or twice to see Magic play live. I can only imagine if my parents had paid for us to go and Magic didn’t play. Not because he was injured, but because he needed to rest. That would have been unheard of.

These days it’s becoming commonplace. In a recent game, the Cleveland Cavs held out LeBron James, Kyrie Irving and Kevin Love on a nationally televised game in their only road game against the Los Angeles Clippers. The week before that the Golden State Warriors sat Steph Curry, Klay Thompson, Draymond Green and Andre Iguodala against the San Antonio Spurs.

The trend started a few years ago with the San Antonio Spurs. Gregg Popovich, knowing that his players were aging, would rest Tim Duncan, Manu Ginobli and Tony Parker for certain games during the season. It raised a few eyebrows but didn’t cause the huge stir we’ve seen these last couple weeks. 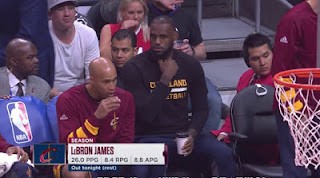 So far, LeBron James has missed five games due to rest, three of which included Irving and Love. That’s five games in which fans paid to see the NBA’s best player only to watch him sit on the bench. Don’t get me wrong. Injuries are always a risk when you buy tickets and you have no control over it. But, this is just rest.

Individual Teams vs. the League 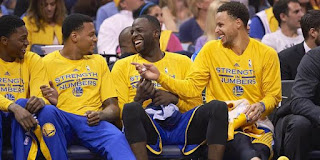 The biggest reason this story blew up is because the rested players issue affected two nationally televised games on ABC two weeks in a row. Given that ABC/ESPN are paying $2.66 billion per year to show the games, it becomes an issue when the league’s best players skip these games. Ratings go down and that means less money for everyone, except the NBA…at least for now.

The Cavs believe they’re doing the right thing to keep their stars primed for a deep playoff run that they fully expect to end with another championship. But, the league as a whole has obligations to fans, TV networks, advertisers, etc. Who’s right here?

Big picture, the league is right. Individual teams are thinking short term championships, but in the long run, it hurts the NBA. Due to the ridiculous amount of money ABC/ESPN is paying to carry the games, as well as other revenues, the salary cap is at a record high of $94.1 million. 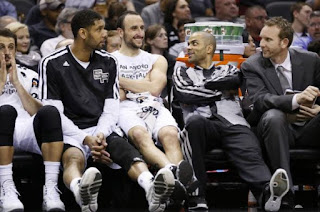 From a marketing perspective, this can easily turn into a nightmare. The NBA is a players league. The marketing is based on the players and superstar matchups. That’s much harder to promote if you don’t know if the superstars will play.

What happens if teams keep holding their star players out to rest:


What players need to realize is that if NBA loses money, the salary cap will decrease and eventually they won’t make as much money. That probably won’t affect today’s players but could have a huge effect 5-10 years down the road...especially if the trend grows.

To his credit, Adam Silver made a statement warning teams of significant penalties if they don’t follow league rules for reporting injuries. He understands that upsetting the fans and the league’s partners is bad for business. He needs the owners to get it. But, penalties will only go so far, especially when you have owners that are willing to spend any amount of money to win a championship.

What's your take? Do you have a problem with NBA stars sitting out to rest? What do you think the league can or should do about it? Tell us in the comments below.